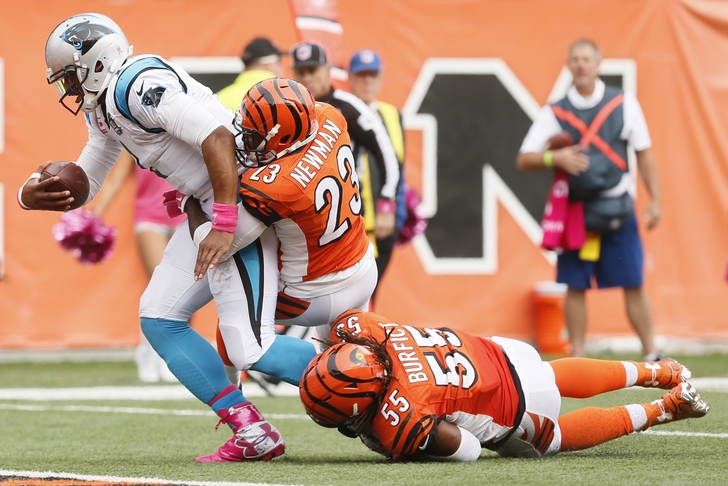 "Punishment needs to go beyond a fine," Olsen said on Monday, via ESPN.com. "Guys like that don't learn from that stuff. He's been fined a 100 times for head-hunting, and he did it to Kelvin [Benjamin] again. You watch the film; that's just what he is.

The @NFL will look into the claims made by #Panthers TE Greg Olsen that #Bengals LB Vontaze Burfict tried to injure him and Cam Newton.

Burfict wasn't penalized for either ankle-twisting incident, but the Bengals were hit with a 15-yard unsportsmanlike conduct penalty after Burfict was whistled for hitting Panthers WR Kelvin Benjamin while he was defenseless.