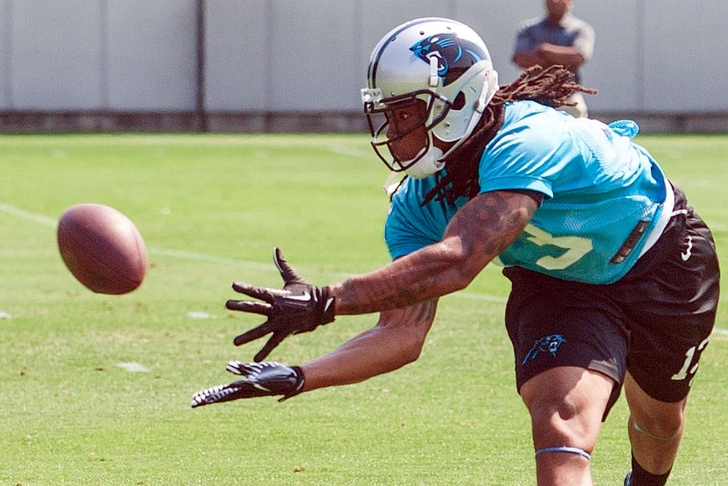 Panthers WR Kelvin Benjamin apparently wasn't going all out during his 4.61 40-yard-dash at the combine - according to ESPN, Benjamin ran slowly because he wanted to play for Carolina.

The 6'5 receiver was eventually selected 28th in the first round by the Panthers, and it hasn't taken him long to gel with his new team - Benjamin has 38 catches for 571 yards and 5 TDs through his first eight NFL games. Benjamin was September's offensive rookie of the month, racking up 329 yards and 3 TDs in four games. Despite the Panthers' 3-4-1 start, they rank 17th in passing yards - not particularly impressive on its own, but remarkable considering not one Panthers WR listed on the depth chart was playing for the team last year.

Benjamin's best 40 time is 4.41 seconds, and getting clocked there at the combine might have seen him go earlier in the draft. He wouldn't have had the opportunity to play for Carolina, though, and life as Cam Newton's #1 target has been good for the former Florida State standout.