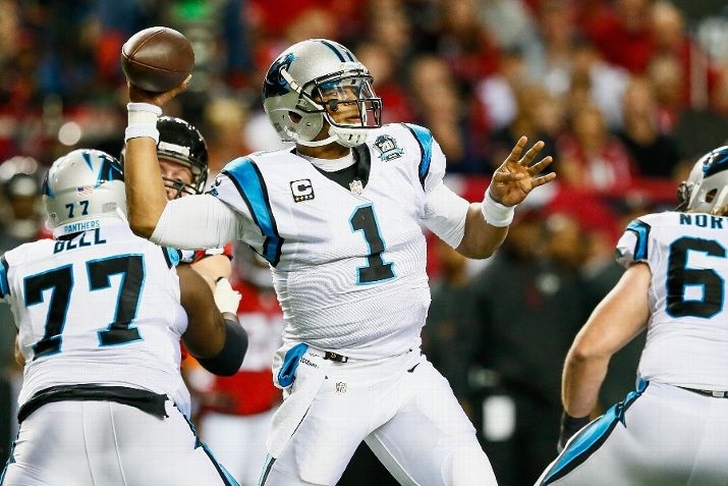 Carolina jumped out on Atlanta from the get-go and never let them in the game. The Panthers held a commanding 24-3 lead at halftime, and then rode their defense in the second half to a easy victory.

The win gives Carolina the NFC South title (even at 7-8-1), meaning they will be the No. 4 seed in the NFC for the playoffs.

With the score 10-3, Atlanta was threatening to tie the game up when Panthers safety Roman Harper intercepted an errant pass from Matt Ryan and returned it for a touchdown. That seemed to stun the Falcons and jumpstart the Panthers, which led to the lopsided result.

Carolina's defense forced three turnovers, and returned both interceptions they got for touchdowns.

The Panthers defense looked like the dominant unit from last years' team, forcing all of those turnovers, sacking Ryan six times, and holding the Falcons to just 288 total yards - including just 63 rushing yards.

The Falcons were really dominated in all phases of the game. Their best player tonight was Roddy White (seven catches, 99 yards), but he also committed one of those three turnovers with a fumble.

Carolina will be the No. 4 seed in the NFC after winning the division, and they'll face the Arizona Cardinals in Charlotte next weekend. Atlanta finishes a disappointing 6-10 campaign and will likely be looking for a new head coach this offseason.