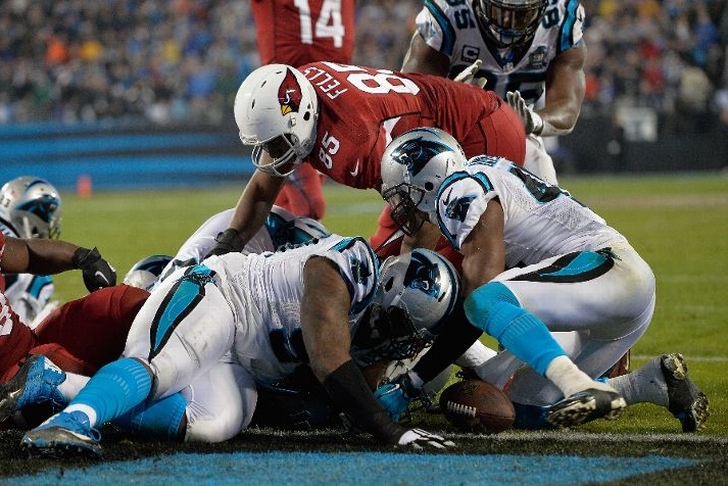 Carolina looked like they were going to run away with this game in the first quarter as they grabbed a quick 10-0 lead, but Arizona capitalized on two Panthers turnovers to take a 14-13 advantage into halftime. The Panthers regained control of the game in the third quarter and was able to rely on their defense as they cruised the rest of the way.

After Carolina scored a touchdown to recapture the lead in the third quarter (20-14), Ted Ginn fumbled the ensuing kickoff for the Cardinals. Carolina recovered and scored three plays later, breaking this game open.

The Panthers defense ruled the day in this one, forcing three Arizona turnovers while severely limiting their offensive production. Running back Jonathan Stewart also gets a mention for being Carolina's force on the ground, rushing for 123 yards and a touchdown on 24 carries.

Despite giving up 27 points, the Cardinals defense played a great game. They forced three Panthers turnovers and put their offense in position to score their only points of the game, but were ultimately broken by the lack of production from their own offense.

Carolina advances to the Division Round to face either the Seattle Seahawks or Green Bay Packers (depending on who wins the Lions-Cowboys game on Sunday), while Arizona's season is done.