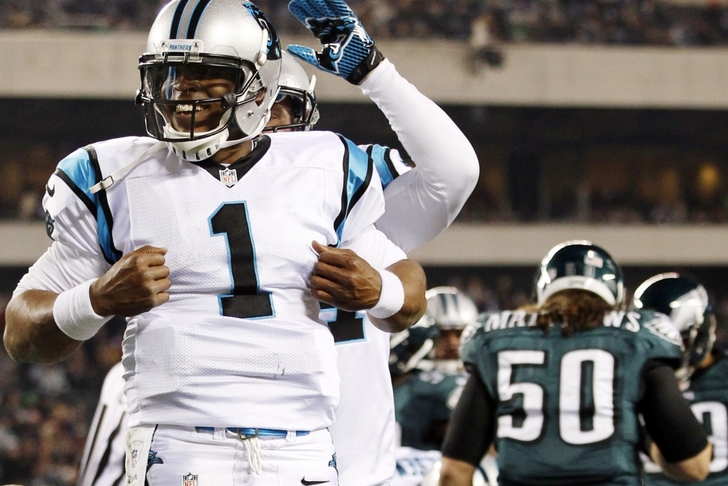 Cam Newton has walked a trying path. After he was selected as the number one overall pick, he immediately became the face of the Panthers' rebuilding efforts. The Panthers were fresh off a 2-14 season, searching for a direction and unsure how to cater to their new star.

With his unquestionable talent, Newton entered a situation where his gifts were both unworldly and unmatched. None of that mattered once he got to Carolina, because he knew that after a controversial college career, he needed to put best foot forward, no matter his surroundings. Fast forward through his historic rookie campaign, and you're reminded of its greatness—consecutive 400-yard passing performances in his first two starts, setting the rookie record for single-season passing yards, and (most notably, yet least discussed) tripling the Panthers' win total from the previous season.

Since then, the Panthers have gone 6-10, 7-9 and stand 6-3 under Newton's watch, clearly improving year-by-year, with this season the most impressive yet. Newton's numbers so far this year pale in comparison to the records he's accustomed to, but that's more because his defense has finally provided the support a young quarterback needs to develop—Newton is no longer consistently playing from behind or losing close games.

Unlike other notable, young quarterbacks, Newton entered a situation devoid of ideal assets. His coach has been questionable; he has no elite skill position teammates; and he entered a locker room lacking leadership. Now, Newton has the support of an emerging defense that just recently matched the 49ers' notorious physicality.

The Panthers are 10-3 over their last 13 games, dating back to last season. During that span, the defense has allowed 13.4 points per game and forced 26 turnovers. That's in stark contrast to the 25.6 points allowed per game and 42 turnovers forced in Newton's first 28 starts. By offering Newton improved defensive support, the Panthers are a different team from the one that lost seven one-possession games last season.

Newton isn't throwing the ball at a record pace and gunslinging his way to wins. Now, he's making the same plays he normally makes with steady efficiency, allowing the NFL's second-ranked defense to wreak havoc. They're allowing 12.8 points per game—also good for second, and they could be 7-2 if not for a rare defensive lapse in Buffalo.

These aren't the Panthers Newton has always known, and that's what makes this season so special for him. Despite yearly progression, Newton was growing tired of losing. That happens when you go from winning a national championship and Heisman Trophy to, well, being a Panther. Before Newton, being a Panther was more about ineptitude than optimism, something Newton instantly committed himself to changing. Between 2010-2012, the defense placed 26th, 27th, and 18th in points allowed per game, with the offense finishing 5th in Newton's rookie year and 18th in his second (that second-year offense finished top-12 in total yards, first downs, rushing yards, and yards/points per drive, per Pro Football Reference).

Newton's frustration and bravado made more headlines than his offensive efficiency, no matter how much he was compensating for. His receivers haven't been, and still aren't elite. Steve Smith has had an amazing career, but he isn't the player he was just two years ago, and the Panthers don't have another receiver worth fearing. As a result, Newton has revolutionized the quarterback position with spare parts. He recently became the first player in NFL history with 50 passing touchdowns and 25 rushing touchdowns in his first 40 starts. Those numbers stand out to illustrate the talent steadily growing—and finally winning—in Carolina.

Finally, the rest of the Panthers have almost caught up to Cam Newton's production, and the results have been fantastic. They have slowly progressed, year-by-year, and now the NFL finally has to recognize it. Indeed, the defense has been the difference between watching from home in January and postseason optimism. Cam Newton is the reason Carolina matters, and that won't be changing any time soon.