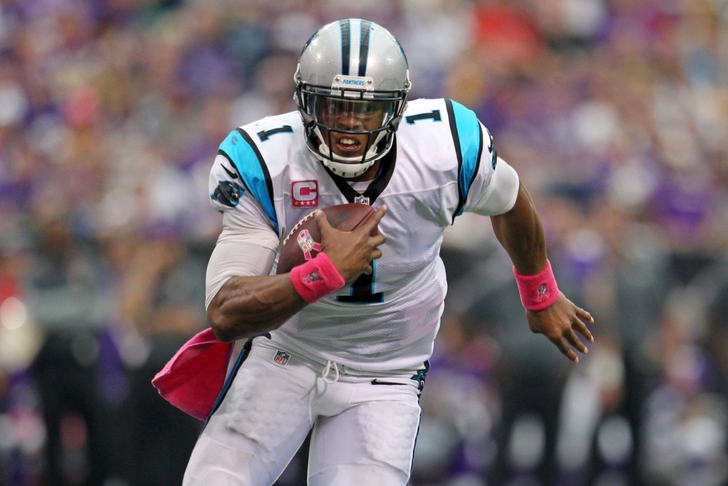 Carolina Panthers QB Cam Newton had a down year in 2014 by his critics' standards, but that's all in the past. Newton is primed and ready for a campaign of historic proportions, which means big things for both his individual achievement and the team's Super Bowl chances. Here's 6 Reasons Why Cam Newton Can Win The MVP Award This Year. There are very few athletes on this earth that have as much pride as Cam has, and there are even fewer who have the athletic gifts to back it up. He's guaranteed to give 100% on every play he's involved in. When you're as good as he is, that means a lot.

2. The Legs To Create Plays Out Of Nothing Cam Newton is a pure rushing threat every time the ball is snapped. But, it's his ability to prolong plays both in and out of the pocket -- thanks to his size and his wheels -- which help him both pad his stats and make meaningful, big-play connections with his skill-position players.

Newton is unfairly derided for his normal three- and five-step drop skills. While he's not a pocket quarterback in the Aaron Rodgers vein, he's big enough and smart enough to both create time to throw and find the right progression when he does release the ball. New York's Odell Beckham Jr. may be America's darling, but Benjamin is the second-year wideout who should have the biggest impact when it comes to his team's playoff chances this year. Cam Newton has built a great on- and off-field relationship with Kelvin, and that's going to bear major fruit in 2015.

It's not going to hurt Newton's MVP chances to have two games each against the fire-sale Saints, the defensively-inept Falcons and the always-rebuilding Bucs. Averaging 350 all-purpose yards over those contests in extremely doable.

6. Luke Kuechly And The Defense