5 WRs The Panthers Could Sign To Replace Kelvin Benjamin 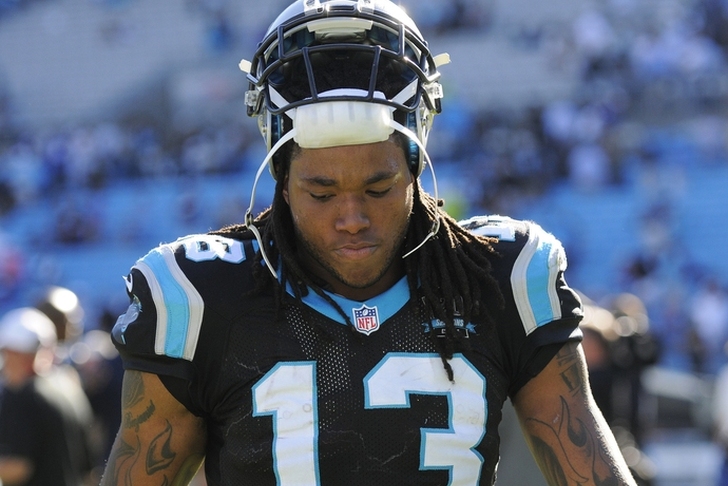 The loss of Kelvin Benjamin is a big one for the Carolina Panthers. He was the Panthers' best wide receiver and Cam Newton's favorite target. The Panthers currently have second rounder Devin Funchess, second year UDFA Corey Brown and veterans Jerricho Cotchery and Ted Ginn left on the roster. None of those players are anywhere near as good as Benjamin. The free agent pool isn't great, but here are five players the Panthers could sign to help replace Benjamin.

Why not? Yeah, he's 38 years old and hasn't played since 2012. But, desperate times call for desperate measures. Besides, he allegedly out-sprinted Antonio Brown this summer. He's still big enough to win a few jump balls in the red zone, something the Panthers desperately need without the 6-5 Benjamin.

Welker's last season was ruined by concussions. It's unclear if he can stay healthy, but he's been great in the slot before. The main issue with Welker is that the Panthers don't need a slot receiver, they need someone out on the boundary. They could always try to move Jerricho Cotchery out to wide, but he's more effective in the slot.

He's been rumored to have locker rooms issues in the past, but Lloyd can still help an NFL team. He's still fast enough to help stretch the field, something the Panthers could use.

Meachem is a better deep threat than Lloyd is. He's never reached his potential and probably won't at this point in his career. But, Newton has the arm to make use of Meachem's ability to get down the field in a hurry.

Panthers GM Dave Gettleman apparently hasn't reached out to Wayne yet, but Gettleman needs to pick up the phone and make the call now. Wayne said he wants to play one more season for a contender and the Panthers fit that description. He's not what he once was, but an old Wayne is still better than most of what the Panthers currently have on the roster.