3 Things To Watch For At Carolina Panthers Training Camp 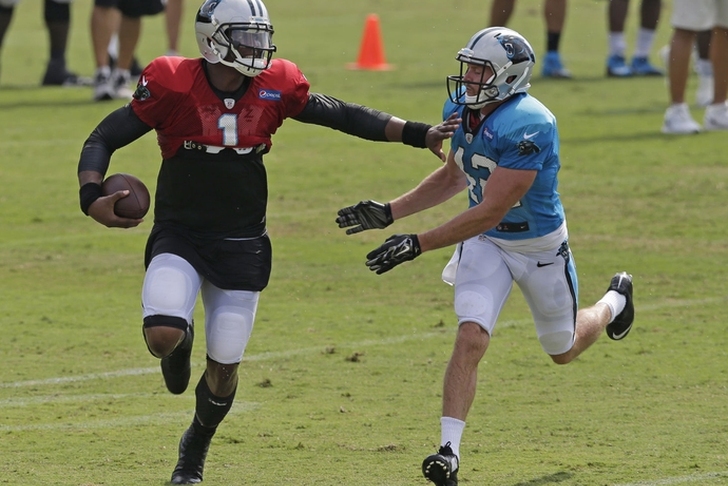 NFL training camps are always hotbeds of questions and intrigue, and the Carolina Panthers' summer activities are no exception to the rule. Here's 3 Things To Watch For In Carolina Panthers Training Camp.

1. How will Cam Newton approach year one of his contract extension?

Cam Newton's five-year, $103.8 million contract extension was an investment in Newton's unheralded smarts as a game manager and game-changing ability on the run. Star players tend to go one of two ways after a big payday -- towards complacency or towards determination which leads to progression. This year's training camp will give us a window into whether or not Newton is ready to take the leap from dynamic quarterback to an elite, championship-caliber signal caller.

The Carolina Panthers have five players with starting experience competing for two starting roles at corner, with Josh Norman, Bene Benwikere, Charles Tillman, Melvin White, and Chris Houston all vying for snaps and top placement on the depth chart. We're banking on Norman and Tillman (if Tillman can stay healthy) with the other three duking it out for the nickel spot. That could change in a relative instant as training camp wears on, so stay tuned.

3. What's the plan for Shaq Thompson? Carolina raised some eyebrows with their selection of linebacker Shaq Thompson with the 25th overall pick of the 2015 NFL Draft, both due to a lack of positional need and projections which had Thompson slipping into the second or third round. However, while Thompson is undersized at six-foot, 228 pounds, he has the speed and versatility to slot anywhere from a traditional linebacking role to hybrid safety -- provided Thompson progresses in standalone pass coverage. Training camp will be our first prolonged glimpse at just what head coach Ron Rivera is looking for out of Thompson in year one.