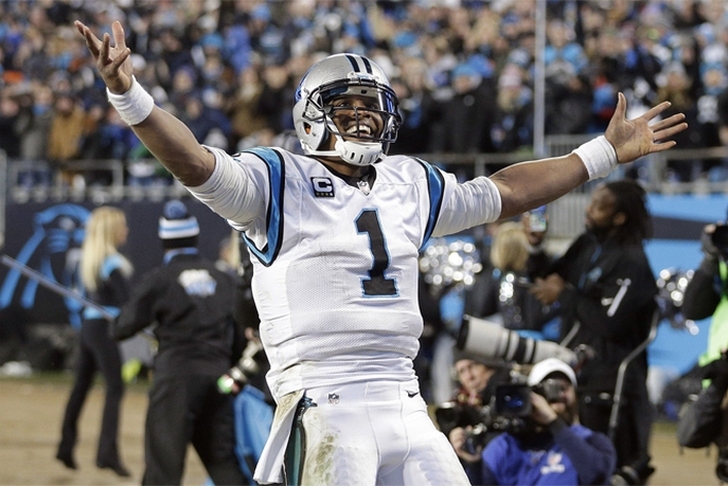 The Carolina Panthers are playing in the Super Bowl for just the second time in franchise history and are looking for their first title, with the Denver Broncos standing in their way. However, Denver won't be able to slow down Cam Newton and the momentum Carolina is riding into the Big Game. Here are three reasons why the Panthers will beat the Broncos and win their first Super Bowl:

3) Carolina's ability to neutralize Denver's pass rush
Denver beat New England, in large part, because of its pass rush. They rarely blitzed and were still able to get to Tom Brady, forcing him into mistakes, with just three or four rushers. The Panthers can't let that happen in Super Bowl 50, and they won't.

For one, Carolina ranked in the top half of the league in sacks allowed, showing the pure strength of their offensive line. Then there's Cam Newton's superhuman ability to illude the rush, but perhaps more importantly, Carolina will make Denver prepare to stop the run. The Broncos were simply able to pin their ears back and attack Brady becasue of New England's non-existent rushing attack, but the Panthers have the league's second-best rushing attack. Expect Carolina to neutralize Denver's pass rush by utilizing a lot of play-action passes.

2) Panthers defense vs. Peyton Manning
You know about linebacker Luke Kuechly and cornerback Josh Norman, but what this defense is doing as a whole is extremely impressive. They ranked fourth in the NFL in total defense (318.7 yards allowed per game) and ninth in points allowed per game (19.9) this year, and they're peaking at the right time. Most impressively, the lead the league in takeaways with 36, which is three more than anyone else has this season.

If the Panthers don't stop you, they'll take the ball away from you. That's a big problem for Peyton Manning, who led the league in interceptions depite missing nearly half the season, and a Broncos team that finished third in the league in turnovers. Carolina will blow Denver out if they can force multiple turnovers, which is very likely to happen.

1) Cam Newton's golden performance
No one doubts Cam Newton's ability anymore, but the fact that several people think Peyton Manning will outplay him is simply laughable. Despite an obvious lack of notable offensive weapons, Newton thew for 3,544 yards and 33 touchdowns with just 10 interceptions while rushing for 626 yards and eight more scores this season. Most importanly, he's elevated the level of play of everyone around him so much that he's led a group of anonymous offensive players to the Super Bowl.

Newton will show everyone - again - that he's the best player in the NFL, and the doubters won't have anything to doubt anymore.