3 Reasons Why The Panthers Are Now America's Team 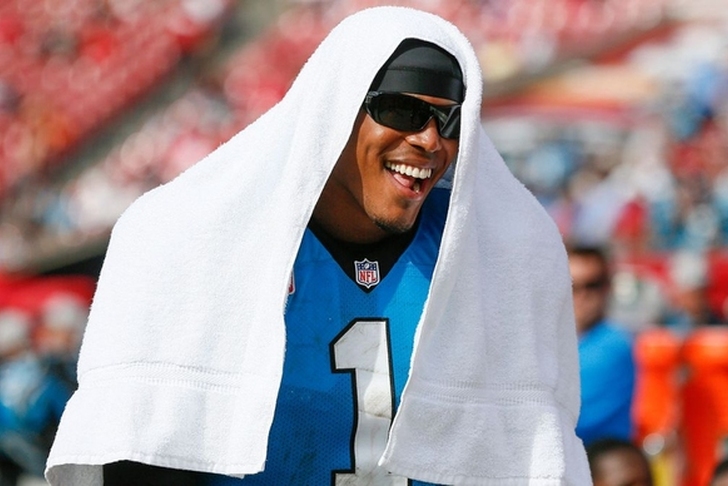 The Dallas Cowboys have been dubbed "America's Team" for awhile, but a decade or so of mediocrity and a polarizing owner in Jerry Jones means they're really not the right team at the right time to stake that claim.

Want to know who's ready to take their place? Here's 3 Reasons Why The Carolina Panthers Are Now America's Team.

3. The Way They Play

The Panthers are a juggernaut on both sides of the ball, smothering opponents with the pass rush on defense while running circles around opposing front sevens/secondaries on offense. However, it's the way they execute near-perfection which makes them worthy of the "America's Team" moniker.

Panthers players bring their lunch pails to work, clocking in with their heads down and pushing forward -- playing smashmouth football that harkens back to the glory days of the NFL. There are fancier teams out there, but there isn't a team that bleeds pure football like Luke Kuechly and the boys from Carolina.

Carolina fans have hidden under the radar for so long. Mixing Southern hospitality, college football style tailgating and an energy that makes Bank of America Stadium's foundation shake, Panthers fans are the type of women/men that make football fun for everyone.

They don't take themselves too seriously and they welcome outsiders with a little bit of good-natured razzing. They also serve as the heartbeat of the franchise, and a reason for casual fans to come over to the Panthers' side.

1. The Cult Of Personality

Take a look around the NFL. Who has a more entertaining and fascinating "larger than life" air about him than Cam Newton. He's the Stephen Curry of the league -- a guy who makes you switch the channel to a Panthers game when they're on offense, even if your own favorite team is fighting it out in a close game. He's also simply a hilarious guy who draws cameras towards him.

Newton electrifies every crowd he plays in front of, garnering cheers from road fans over and over and over again. He's the face of this generation, and the right guy to push the Panthers' brand into the stratosphere. Every great story needs a hook -- especially when it comes to capturing the imagination of a nation. Something to draw you in. Newton is that hook.