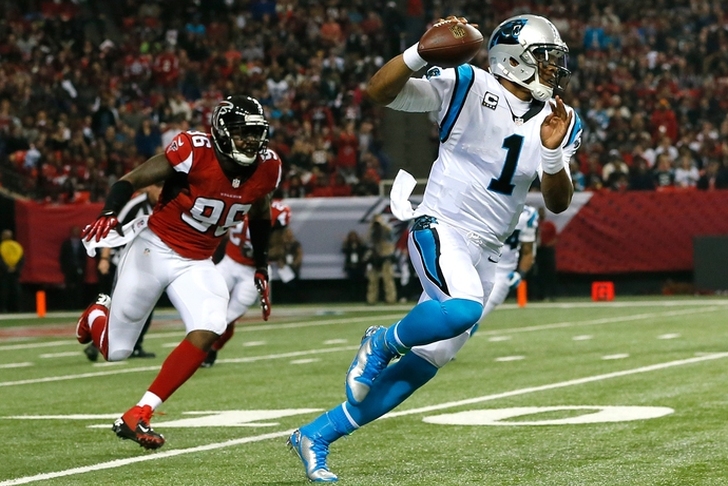 The Carolina Panthers are just 1-2 to start the season, and up next comes a crucial matchup against the Falcons - who currently hold the NFC South lead. However, the Panthers have owned the division (and the Falcons) for the last several years, and that doesn't appear to be stopping anytime soon. Here are three reasons why Carolina will beat Atlanta this weekend:

3) Atlanta's lackluster defense
Even though they're 2-1, the Falcons defense has been just as bad as in year's past. They have given up at least four touchdowns in every game this season, and have allowed over 30 points twice. That puts them in the bottom five in the league in points allowed, and Carolina had the highest scoring offense in the league last season. All that is a recipe for a huge game from Cam Newton & Co.

2) Cam Newton
Speaking of Newton, he hasn't gotten off to the start you'd expect from the reigning MVP. That will change on Sunday. He has been running for his life against Seahawks and Broncos defenses that really know how to get after the passer. The Falcons only have two sacks all season, so that won't be an issue - allowing him to pick apart a suspect Falcons secondary.

1) Intangibles
The Panthers have won five of the last seven meetings between the two sides, outscoring the Falcons by a total of 95 points in that timeframe. Atlanta wants to end that streak, but Carolina is angry after starting the season with a 1-2 mark - they do NOT want to make it 1-3. All of the intangible factors point in favor of Carolina.