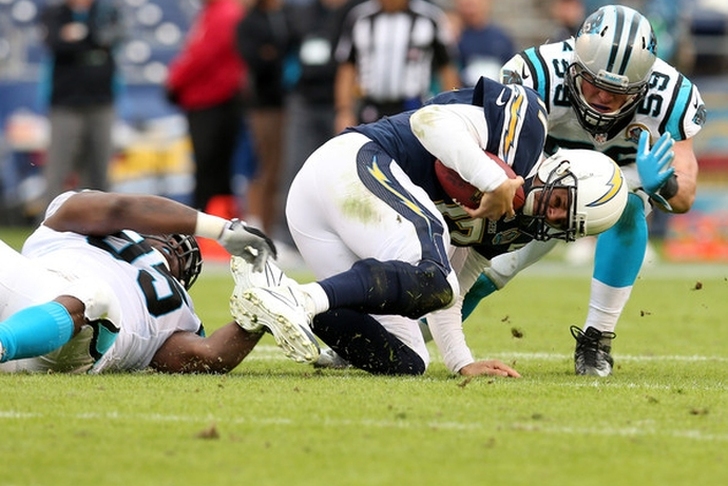 The Carolina Panthers technically have yet to be eliminated from playoff contention, and at 4-8, they know they have to be at their best for the rest of the season if for no other reason than to build some momentum for next season. They host the Chargers on Sunday in a game where the loser will likely be officially eliminated, adding to its importance. Here's why the Panthers are guaranteed to win the game:

3) The return of Luke Kuechly
All-Pro linebacker Luke Kuechly is expected to return for the Panthers after missing the last two games with a concussion, and that will Carolina a huge boost on the defensive side of the ball. In his absence, the Panthers allowed 900 total yards and 75 points in games against the Raiders and Seahawks. With him, the Chargers will have a much tougher time moving the ball.

2) San Diego's bad defense
The Chargers have not been good on the defensive side of the ball lately either, but they don't have something to point to for that. They rank in the bottom six in the league in points allowed per game, and have given up at least 27 points in five of their last six games. Safe to say, they're not suddenly going to turn into world beaters against the Panthers.

1) Home-field advantage
Carolina is 3-3 at home on the year, which isn't great, but is much better than their 1-5 mark on the road. That advantage will be even greater on Sunday, as the Chargers have to travel all the way across the country for the game. They aren't a great road team anyway (2-4 on the year), and traveling through three time zones only makes that worse. This is setting up to be a great bounce-back game for the Panthers.