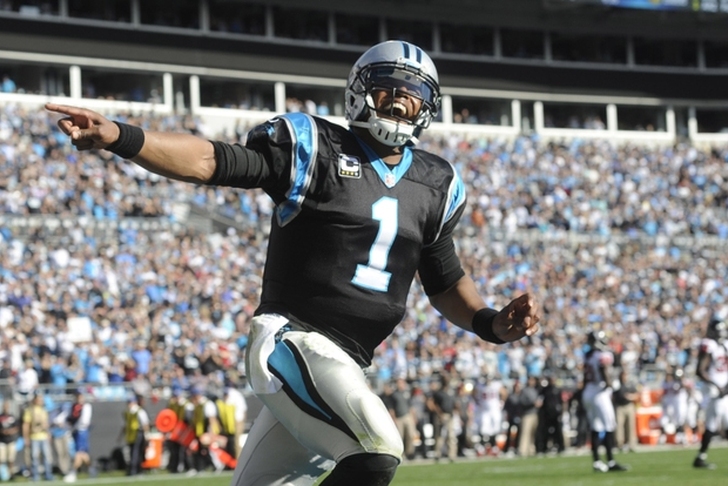 Every NFL team that is unbeated late in the season is faced with an interesting dilemma - do they try for the undefeated season (something only the 1972 Miami Dolphins have managed to accomplish), or do they rest their starters to keep them healthy for a playoff run. For the Panthers, it's an easy decision. Here are three reasons why they should go for the undefeated season:

Only one team in the 50-year history of the NFL has gone undefeated, and they're still celebrated and talked about nearly every single week of the season. It's been nearly 45 years since the Dolphins went 17-0 and won the Super Bowl, yet everyone still knows about that team. The fact that only one team - the 18-1 2007 New England Patriots - has even come close to matching that mark is astonishing, but it also tells you about how hard of a feat it is to accomplish.

The ultimate goal is to win the Super Bowl. 50 teams have done that - only one has been perfect in doing so.

The Panthers are in the rarest of rare territory and could forever etch themselves in NFL lore with just six more victories. When you have a chance to do something that special, you have to take it.

The Panthers have stated that their biggest goal in the regular season is to clinch home-field advantage throughout the playoffs, not to necessarily go undefeated. However, they'll have to get awfully close to secure home field.

At 13-0, they're just two games ahead of the 11-2 Arizona Cardinals. As long as Arizona keeps winning, Carolina wouldn't clinch home field until they were 15-0. At that point, the Panthers would have just one game left (at home against the Tampa Bay Bucs) between them and an undefeated season, and they'd have a bye in the first round of the playoffs the next week. Why wouldn't you try to get that one extra win when your starters already have time to rest up?

Carolina is the only undefeated team in the country, but they don't get anywhere near the respect they deserve. Many experts have the Cardinals - or even the Seattle Seahawks - as the favorites over the Panthers in the NFC, while pointing to the Patriots, Denver Broncos, and Pittsburgh Steelers in the AFC. Becoming just the second team to go 16-0 in the regular season would put them in an elite category, one where no one could deny this team's dominance.