3 Reasons Why Cam Newton Will Win The MVP This Season 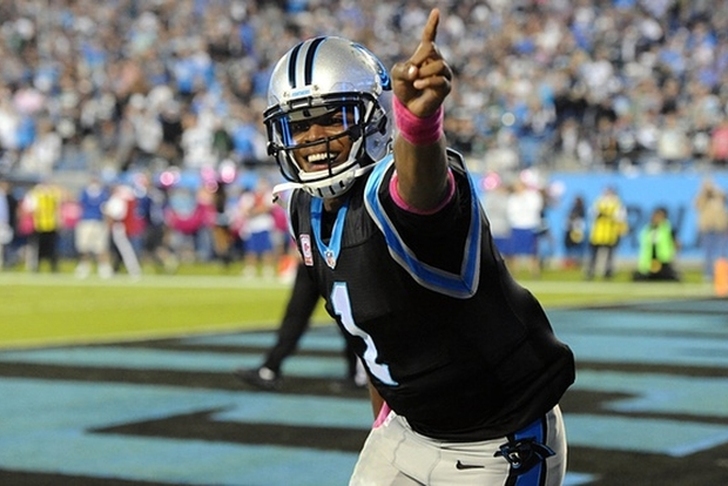 The Carolina Panthers are one of just five undefeated teams remaining in the NFL, and quarterback Cam Newton is the biggest reason why. His individual success while keeping Carolina perfect has put him in the thick of the MVP race, and we think he could actually become the first Panthers player to win the award. Here are three reasons why Cam Newton will win the MVP this season:

Newton has made his mark this season by coming up big when the Panthers need him the most, whether that's converting a crucial third down for leading a game-winning drive. That came to a head in their victory over the Seahawks, where Cam led two 80-yard fourth quarter drives and threw the game-winning touchdown with just seconds left. That's the biggest signature moment anyone has had in the NFL this year, which is an important factor when it comes to MVP voting.

Newton passed Michael Vick for second place in career rushing touchdowns for a quarterback with 37 touchdowns, and could overtake the record (Otto Graham, 44 TDs) by the end of the season. He's also the NFL leader in third down rushing attempts, yards, and conversions, adding another level to his greatness. We have never seen another player like Cam Newton in league history, and his ability as an all-around weapon makes him one of the toughest players to defend.

It is called the Most Valuable Player for a reason, right? Newton might not put up the traditional numbers you'd expect from an MVP quarterback, but it's hard to find a player whose play means more to their team and Cam does. He's taken a subpar receiving core and makeshift offensive line and turned them into one of the best teams in the league. If the Panthers keep winning at a high clip (which they should - they have three games left against teams with a winning record, two of which are against the Falcons), it'll be hard to keep Newton off the podium.