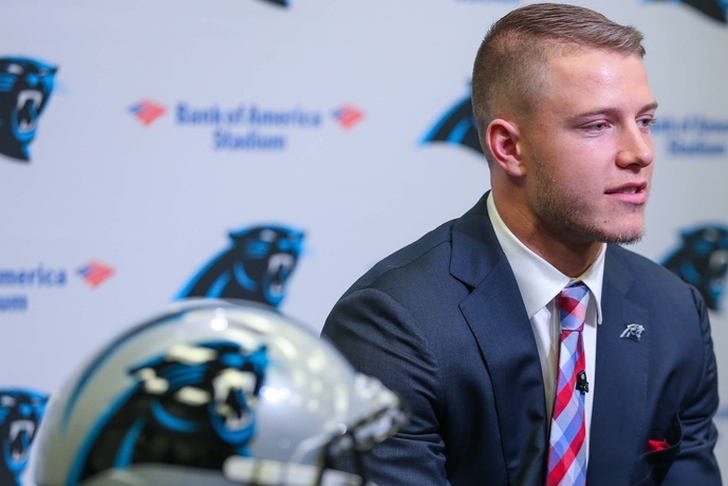 The Carolina Panthers had a disappointing 2016 season that resulted in them missing the playoffs, but this team still has championship aspirations. They still have the same core group that led them to the Super Bowl two seasons ago, and they added some major impact players in the draft that could help them make another long playoff run this year. Here are three reasons why this draft could serve as the starting point for a Super Bowl run this year.

1) Christian McCaffrey's versatility
Carolina's first-round pick is going to give them a weapon unlike any they have ever had. The Panthers plan to use him everywhere - running back, slot receiver, punt/kick returner - all positions of need for his team.

McCaffrey figures to split carries with Jonathan Stewart, but his incredible speed and agility make him the lightning next to Stewart's thunder. And, when Stewart is on the field, McCaffrey can line up at wideout and will be an upgrade over the departed Ted Ginn and Corey Brown. Carolina's offense lacked weapons, and McCaffrey figures to step in and immediately be one of the most versatile weapons in the NFL. Because of that, he's one of the favorites to win Rookie of the Year.

2) More help for Cam Newton
McCaffrey wasn't the only new offensive player that will step in and have an immediate impact. Curtis Samuel drew comparisons to Percy Harvin throughout his career at Ohio State because of his ability to play both running back and wide receiver. He is expected to play wideout for the Panthers, and he'll give Newton a needed playmaker on the perimeter.

Carolina's other second round pick, offensive lineman Taylor Moton, is expected to give them another starter at tackle - or at least a solid rotation player. Considering that the Panthers really struggled to protect Newton last year, finding a player up front was needed for them.

3) Needed depth at key positions
As mentioned above, Carolina needed depth at wide receiver and offensive line, but they also got more depth at other key positions. They traded up to get Texas A&M defensive end Daeshon Hall, who will contribute as a rotation pass rusher. In 2016, it was Hall - not No. 1 pick Myles Garrett - who led the Aggies in QB hurries.

The Panthers also needed a nickel corner, and found great value in the fifth round in Corn Elder. Both of those players are expected to contribute immediately at key positions, and both have talent to succeed.

In all, Carolina addressed virtually all of their needs in the draft. Sure, there are still some holes, but the Panthers again look to be the dangerous team they were in 2015.