3 Reasons The Panthers Are Guaranteed To Beat The Saints 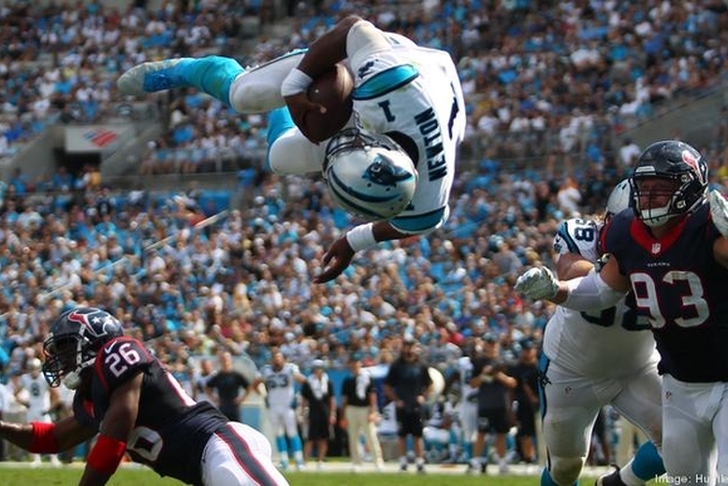 The Carolina Panthers have suffocated their opponents over the first two week, opening 2-0 thanks to a swarming defense that has been both consistent and opportunistic over the regular season's first 120 game minutes. It's only going to get better on Sunday when the Panthers host a reeling 0-2 New Orleans Saints team for an NFC South showdown. Here's 3 Reasons The Panthers Are Guaranteed To Beat The Saints.

1. To Brees Or Not To Brees

That's the question here. If the veteran QB does start for the Saints, he won't be anywhere near 100% with a bruised rotator cuff. If he doesn't start, the Panthers defense will have Josh "How The Heck Is He Still In The League?" McCown to feast on in front of a raucous home crowd in Charlotte. Either the Panthers face off with an ailing Brees or an overmatched McCown on Sunday at home -- a recipe for a major blowout. Speaking of the defense...

Have you watched the Panthers D go to work this year? Carolina has given up just 13 points per game so far in 2015 (2nd in the NFL) and has been absolutely impenetrable on the ground for long stretches. This'll spell disaster for a Saints team that will be forced to lean heavily on running back Mark Ingram with the passing game in such shoddy shape.

Newton has been a below-average passer over the first two weeks of the regular season, but he's still shown value -- especially on the ground with his 10-carry, 76-yard, one-TD game against the Texans last week. Newton's not the awful passer that his current 71.3 QB rating suggests. Not by a long shot. The Panthers will keep Newton chugging on the ground in Week 3 and we're pretty well convinced that his passing numbers will round into shape against a suspects Saints defense. All in all, you're going to be a very happy fantasy football player if Cam Newton is starting for you this week.