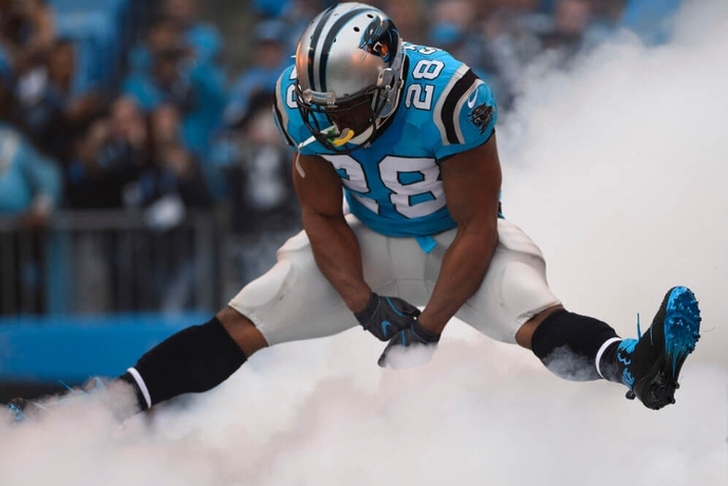 The Carolina Panthers returned to the playoffs last season, but their roster's limitations were on full display when they went up against better competition. As they try to strengthen their roster, the Panthers also plan to cut some high-profile players who simply aren't living up to their lofty contracts. Carolina released both Charles Johnson and Kurt Coleman on Monday - which players could follow suit? Here are three possible surprise cuts they could make:

This may pain a lot of Panthers fans out there, but it's simply time. Stewart counts for over $5.2 million against the cap in 2018, and at 30 years old with a diminishing role, that money could be more effectively spent elsewhere. Plus, Stewart hasn't played a full 16 games since the 2011 season. Look for Carolina to cut him and try to re-sign him - or another power back - for cheaper to complement Christian McCaffrey.

Cutting Kalil would cost Carolina nearly $3 million, but it could save nearly $7 million of cap space that could be used to re-sign some of Carolina's unrestricted free agents (namely guard Andrew Norwell). He already plans to retire after the 2018 season, which may cause Carolina to think differently, but after being limited with injuries each of the last two years, the Panthers may at least try to get him to restructure his deal.

Munnerlyn signed a four-year, $17.5 million deal with Carolina last offseason but was extremely disappointing on the field, racking up just 29 tackles with two sacks in 14 games - along with an incident where he stormed off the practice field following a disagreement with coaches. There is a significant amount of dead cap that would come with cutting him, but if he continues to clash with coaches and be unproductive, they made decide it's an avenue worth exploring.