3 Potential Breakout Players For The Carolina Panthers In 2017 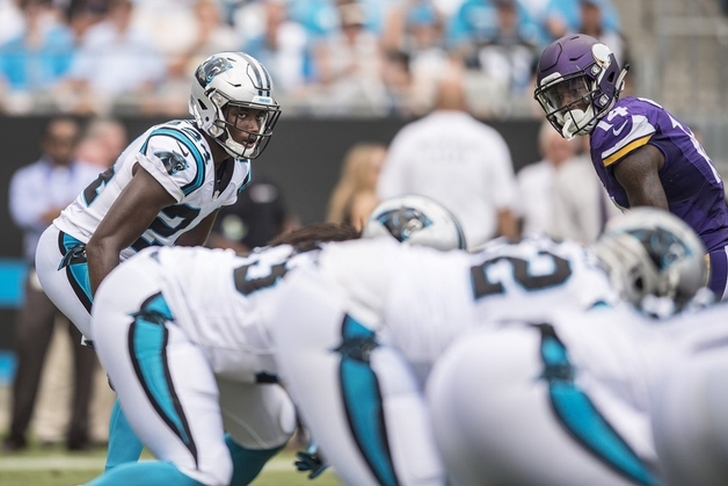 The Carolina Panthers surprisingly missed out on the playoffs last season after making the Super Bowl the year prior, but with all of their key pieces returning, Carolina is fully expecting to return to postseason and to compete for a championship again. However, for that to happen, they need a few players to step up and contribute in larger roles. Here are the three players that could have breakout seasons:

Bradberry was the first of three cornerbacks the Panthers selected in the 2016 draft in an effort to replace Josh Norman, and one year later, he's the team's unquestioned No. 1 cornerback. He went through some struggles as a rookie - as expected - but was impressive overall and finished the year with 10 passes defensed and two interceptions. All reports out of camp suggest Bradberry is in for a big year. Finally, it looks like Carolina has found another corner they can rely on.

Thompson had a limited role in his first two seasons in the league, but with Carolina set to limit veteran Thomas Davis' snaps this year, Thompson will finally see a prominent role. The converted safety has shown the speed to be a real factor covering tight ends and demonstrated a nose for the ball - he has racked up a combined 106 tackles in his career despite not being a starter. With more opportunities, Thompson should be a real impact player for the Panthers.

The Panthers got tired of watching Ted Ginn drop touchdown passes and shy away from contact, so they let him walk in free agency this summer. Carolina has tried to upgrade their receiving core this offseason by drafting Curtis Samuel and signing Russell Shepard, but are still looking for a deep threat who can replace Ginn.

Byrd, a former track star at South Carolina, appears to have taken hold of that spot in the preseason. He won't be asked to do much else when he's on the field, but he'll get plenty of opportunities - we know Cam Newton loves to throw the ball down field.