3 Panthers Trade Rumors You Need To Know Before The Deadline 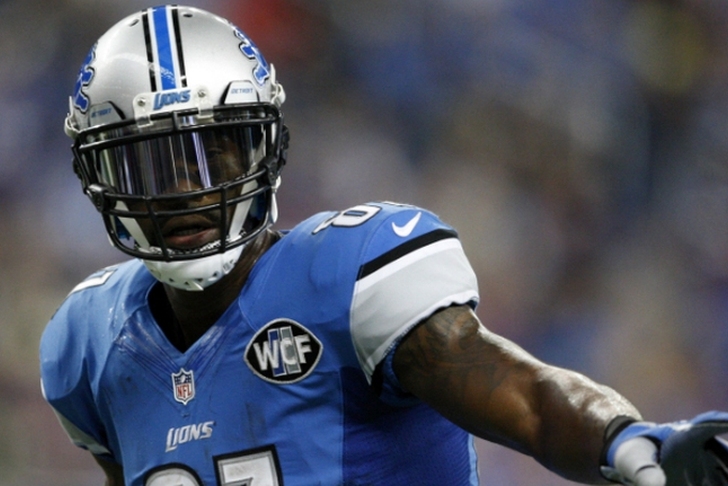 The 2015 NFL Trade Deadline is less than 24 hours away, which means the Carolina Panthers' front office has a very small window if they want to get a deal done before Tuesday afternoon. With that in mind, here are 3 Panthers Trade Rumors You Need To Know Before The Deadline:

Carolina to go after Calvin Johnson?

The Panthers desperately need help on the outside, and ESPN's Adam Schefter suggested they swing for the fence and trade for star Lions' wideout Calvin Johnson:

Detroit's season is already effectively over in terms of competing for a playoff spot, and it's time for a reboot, which means getting draft assets wherever it can. The Lions can get back an extra pick (or more), while the Panthers could land the stud wide receiver they need to compete for an NFC South title -- a move that would be wildly popular in the Carolinas. Remember, Johnson is now over 30, very expensive, and Detroit won't be able to shop him forever.

If not Johnson, Anquan Boldin?

While Carolina is not expected to make a move, the do need a wide receiver, and with the 49ers willing to trade some of their key pieces to start a rebuild, top wideout Anquan Boldin could be on the market. He wouldn't be anywhere near as expensive as Megatron, but Boldin would give Carolina a legitimate wideout threat to complement tight end Greg Olsen - and be a good mentor for Kelvin Benjamin down the road.

Will Carolina go after a top offensive lineman?

All indications are that the Cleveland Browns are about to enter a full-blown fire sale, and stud offensive linemen Joe Thomas and Alex Mack are on the block. Thomas would be a huge upgrade for the Panthers, and the team has been linked to him. San Francisco 49ers guard Alex Boone and tackle Joe Staley could both be on the block, reports CBS Sports' Jason La Canfora. The issue with Thomas, Mack and Staley is that their contracts might be too much for the Panthers to add, as Carolina has limited cap space. Still, the Panthers would like to improve up front and could go all-in on a Super Bowl run this year.