3 Key Panthers Players That Will Become Free Agents This Offseason 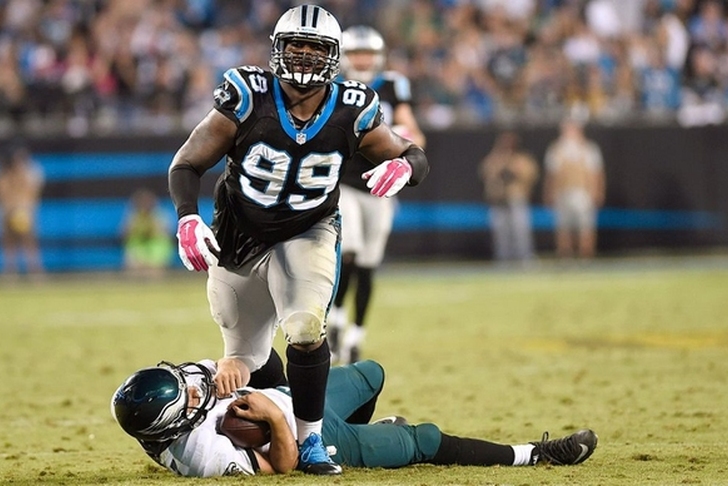 The Carolina Panthers are heading into a crucial offseason as they try to recapture their 2015 dominance after a down 2016. As such, they need to re-sign some of their key free agents. Here are the three key Panthers players who are free agents this offseason.

Short is due a big pay raise this offseason, and Carolina intends to franchise tag him if both sides can't agree to a long-term deal. Short has indicated that he may hold out and not sign the franchise tag tender, yet after the Panthers pulled the tag from Josh Norman last offseason, he may be quicker to sign it. Either way, Carolina will likely do whatever they can to bring Short back.

Panthers fans have a love/hate relationship with Ginn. He's an elite deep threat who takes the top of opposing defenses with his speed, something he routinely does in Carolina's offense. However, Carolina also has nightmares about Ginn dropping passes in the end zone while being wide open simply because he's scared someone will hit him. The Panthers will bring him back due to the lack of depth in their receiving core, and it will likely be for less than the $2.7 million he made this past season.

Johnson has spent his entire 10-year career in Charlotte, and re-signed for just $3 million last season after Carolina cut him to avoid paying the end of a six-year, $72 million deal they gave him in 2011. Showing that kind of loyalty indicates he will re-sign with the Panthers again for a relatively cheap price. His leadership is invaluable to the locker room and showed he can flourish in a limited role last season, getting four sacks and three forced fumbles in 13 games.