They Said It: Brind’Amour, Slavin, Staal, Domi, Raanta on Game 7 win over Boston 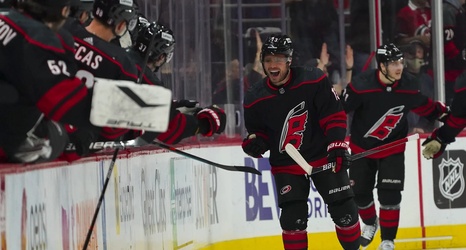 For the fourth and final time in a first-round series against the Boston Bruins, the Carolina Hurricanes held down the fort on home ice in PNC Arena.

This time it was in a winner-take-all game seven, as the Canes came out on top, 3-2, thanks in big part to the heroics of trade-deadline acquisition Max Domi.

Domi assisted the Hurricanes’ first goal, scored by Teuvo Teravainen, and then scored two of his own to have his best game as a member of the Canes in the team’s biggest game of the season so far.