They Said It: Brind’Amour, Niederreiter, Aho on afternoon loss to Caps 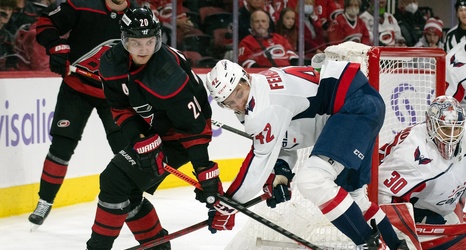 The Carolina Hurricanes’ return to PNC Arena Sunday afternoon didn’t go as they would have hoped, as the Canes dropped a physical contest to the rival Washington Capitals, 4-2.

After a really strong opening period, the Canes faltered in the second, letting Washington take a 2-0 lead. Carolina battled back, as Jesperi Kotkaniemi and Nino Niederreiter tallied in the third to tie the game, but couldn’t hold on, with Washington scoring on the power play late.