The Optimal Starting Lineup For the Carolina Hurricanes 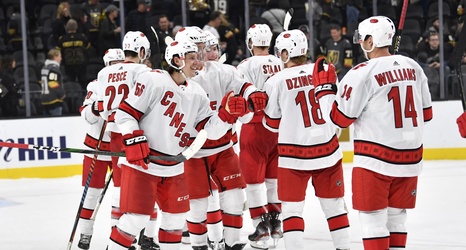 The Carolina Hurricanes are living by the edge of their seats since the loss of Dougie Hamilton. They are now 5-3-1 since his injury to include the game he got hurt. The team also added Justin Williams to the roster since then as well. Those two moves have thrown the lineup and roster into chaos as Rod Brind’amour experiments with it every game like some sort of mad scientist.

Seriously, there has been a full new lineup each and every game from top to bottom. Guys are playing anywhere and everywhere and the Hurricanes are losing games they shouldn’t be and are now holding on to a playoff spot with nothing other than win differential.