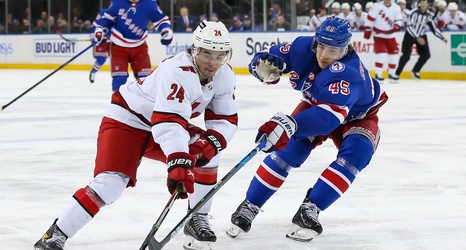 After each team won a contentious first-round series in game seven, the Carolina Hurricanes and New York Rangers are getting set to faceoff in the second round with a trip to the Eastern Conference Finals on the line.

Things will get underway Wednesday night in PNC Arena, as the Canes will once again have the home-ice advantage looking to improve on their perfect 4-0 playoff start in Raleigh.