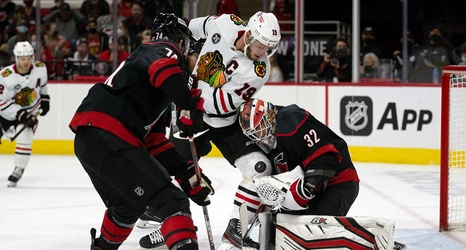 A game on the back half of a back-to-back, against the league’s second-worst team, seems like the perfect candidate for a trap game, and to be honest at times the Carolina Hurricanes did look a little heavy-legged on Friday night at PNC Arena.

Fortunately for the Hurricanes, the hapless Chicago Blackhawks were all too happy to play the role of the Washington Generals, providing little more than token defensive resistance as the Hurricanes cruised to a 6-3 romp.

The Blackhawks actually opened the scoring and looked up for the challenge at the start, getting rewarded for their efforts when Brandon Hagel scored his first of the season 6:12 into the game.