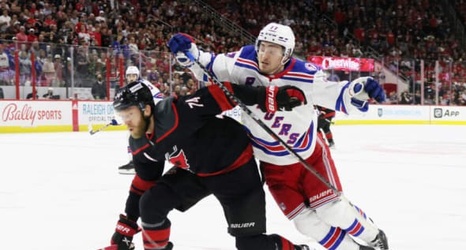 Carolina stole game one. They swiped a victory from the jaws of defeat and took a 1-0 series lead. That means nothing tonight as the Hurricanes and Rangers will do it again at PNC Arena. It’s game two in this best of seven series between the New York Rangers and the Carolina Hurricanes. A win for the Hurricanes would dump a mountain of pressure on the Rangers going back to Madison Square Garden. A Rangers win would level the series.

Carolina needs to take this game to the Rangers if they want to take a 2-0 series lead to New York.