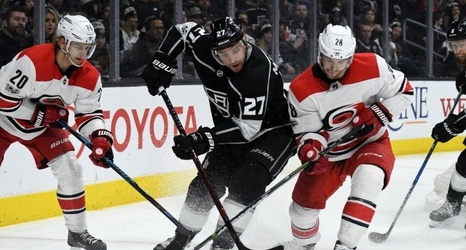 Pierre LeBrun of The Athletic: The Carolina Hurricanes would consider trading one of their two first-round picks (own Toronto’s) but only for a player with term. Matt Dumba has three years left at $6 million and the Minnesota Wild may eye the Hurricanes first, plus player(s) or prospect(s). Other options could be Buffalo Sabres Rasmus Ristolainen and Brandon Montour, or New Jersey Devils Damon Severson.