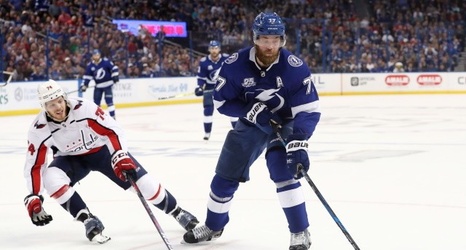 Sabres GM Kevyn Adams on Murray: “Brett acclimated very well to the AHL and showed continued improvement throughout the season. He has a unique blend of size and scoring ability and we’re excited to see his development continue.”

NHL.com: Carolina Hurricanes defenseman Dougie Hamilton won’t be in the lineup for Game 1 against the New York Rangers. Hamilton hasn’t practiced since July 22nd. The Hurricanes are hopeful that he’ll be able to play at some point this series.