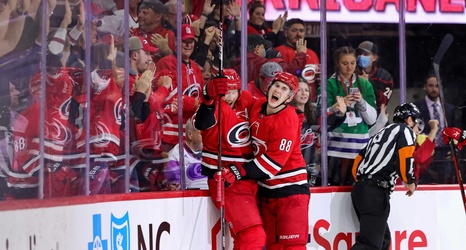 The long wait is finally over and the speculations can now stop.

The Carolina Hurricanes re-signed Martin Necas to a 2-year, $3 million AAV contract, that will pay him $2.5 million this upcoming season and $3.5 million in 2023-24.

The speedy Czech forward was expected to take a big leap forward last season, but instead plateaued at a similar level as his previous seasons.

The Hurricanes are betting on him to re-establish himself as a difference maker, and if he can find that stride, the deal will be well worth it for Carolina.

For Necas, he will have to prove he can break back into the top-six after he was leapfrogged on the depth chart by Seth Jarvis and pushed even further down by the acquisition of Max Pacioretty.