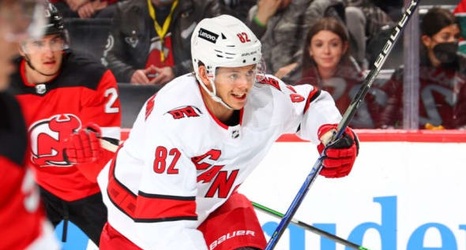 Next season, the Carolina Hurricanes will have a major hole in the lineup. With the team’s second-line center exiting the organization in free agency, Jesperi Kotkaniemi is going to be tasked with becoming a genuine top-six center. There are a lot of people outside of the organization and the fanbase that aren’t sure about Kotkaniemi’s ability to play that role for a Stanley Cup contender like the Hurricanes.

During his time in Quebec with the Montreal Canadiens, Kotkaniemi played a big role for the organization as they reached the Stanley Cup Final in his third and final year in the French-speaking part of Canada.