Hurricanes: Bouwmeester Incident is a Reminder that its Just a Game 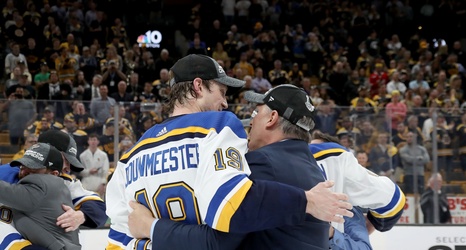 We call the website Cardiac Cane in recognition that the Hurricanes have a bad habit of playing really close games that can go in either direction and keep their fans hearts pounding as the play goes on. But cardiac events in reality are no joke. What happened to Jay Bouwmeester during a game between the St. Louis Blues and the Anaheim Ducks was a testament to that.

For those who aren’t caught up, Bouwmeester passed out during the game while sitting on the bench, much to the shock of his teammates and the fans. He was having a cardiac event and simply collapsed.