Frederik Andersen is skating again, and it’s big news for the Canes 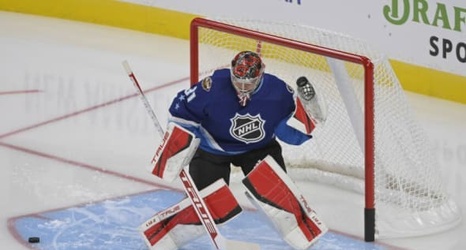 Carolina has been lucky in its current goaltending situation in that they’ve been able to roll any one of their three netminders and get results. It cushioned the blow when their starting netminder and Vezina candidate was knocked out of a game against Colorado. However, Frederik Andersen has returned to the ice, and the Hurricanes are now in a very interesting position.

Andersen was knocked out of a game against Colorado over a month ago on April 16th, he’s back to limited skating with Hurricanes goaltending coach Paul Schonfelder. He’s not game-ready, but it raises an uncomfortable question in a good way.