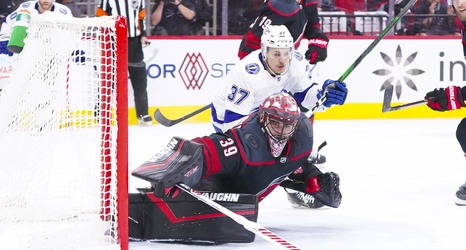 While Tuesday night’s second-round meeting between the Carolina Hurricanes and Tampa Bay Lightning isn’t technically a must-win affair for the Canes, Carolina really can’t afford to lose it.

The Canes trail the Lightning 1-0 in the series, having dropped the first game 2-1 at home. The Canes will be at home in PNC Arena again Tuesday night, looking to even the series up at 1-1 before heading to Tampa for two games.

In game one, Jake Bean scored the Hurricanes’ lone goal, evening up that game early in the third period.