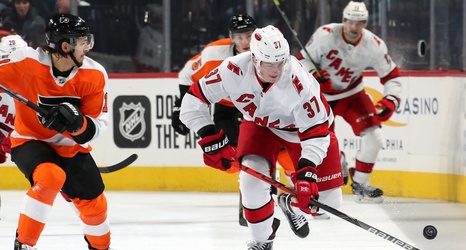 The conclusion of a season-long road trip is coming to an end for the Carolina Hurricanes today as they face off against the Philadelphia Flyers at 3:30pm. The NHL did the Canes zero favors with the ridiculous schedule that saw them fly across country (on Thanksgiving nonetheless) to play a game less than 48 hours after their previous match-up. This is a unheard of travel requirement during the regular season but that can’t stop the team from showing up for a big divisional contest.

The Flyers are one of only three teams to defeat the Hurricanes so far this season with their 2-1 come-from-behind victory on November 12th.