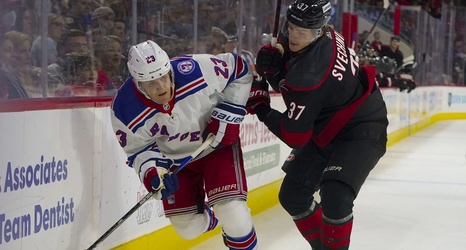 After a couple days away from game action, the Carolina Hurricanes are back on the ice Wednesday night in PNC Arena as a second-round series with the New York Rangers gets started.

Both the Canes and the Rangers had to play all seven in the first round, with Carolina winning the final tilt against Boston Sunday and the Rangers beating the Penguins in overtime Sunday.

Now, the Hurricanes and Rangers will get going in what is sure to be a contentious series, as Carolina’s plethora of former New York players will look to topple their former team.