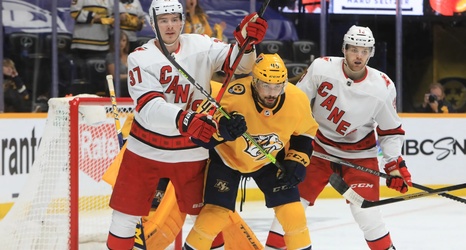 As the preseason progresses, the Hurricanes’ roster is getting closer and closer to what it will look like opening night.

Now down to 33 players in camp, the Canes return home to PNC Arena Tuesday night to host the Nashville Predators in preseason game three of four. So far the Canes are 1-1 in the preseason, splitting a pair of games with the Tampa Bay Lightning.

Tuesday’s game will be the last at home for the Canes before the regular season opener, who will travel to Nashville later this week to wrap up the preseason slate.