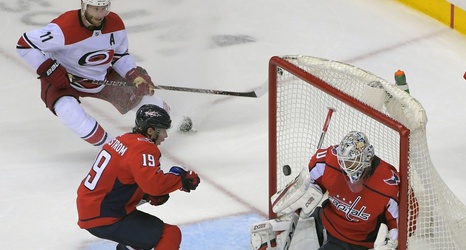 On Tuesday and Wednesday, the Carolina Hurricanes had back-to-back games in their only preseason games against the Tampa Bay Lightning. In Game 1, the Hurricanes put out essentially the main roster’s fourth line and prospects. In Game 2, the Hurricanes put out mostly roster-caliber players, like Jaccob Slavin, Petr Mrazek, and Sebastian Aho. They won both games by shutout, outscoring the Lightning 5-0 in both games combined.

While the Hurricanes won their preseason games in dominant fashion, the Washington Capitals were in two thrilling close games against the Chicago Blackhawks and the St Louis.