Carolina Hurricanes: Lack of Depth Scoring a Huge Cause for Concern 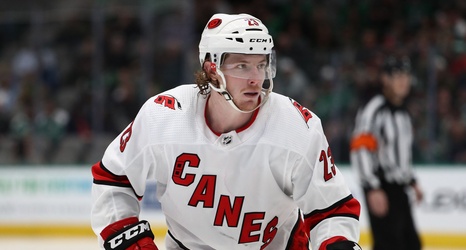 Currently on the wrong side of the playoff bubble, the Carolina Hurricanes need to start stringing together a couple of long win streaks if they want to still be playing hockey this spring. Although they’ve gone a respectable 9-5-2 in their past 16 games, they’ve certainly left valuable points on the table.

Within their seven losses, four of them were decided by one goal and one was decided by two. It is safe to say that if the Hurricanes had some scoring up and down their forward lineup, those games could have all gone the Canes way, in turn leaving them with a much better record of 14-2-0 and conformably in a playoff position.