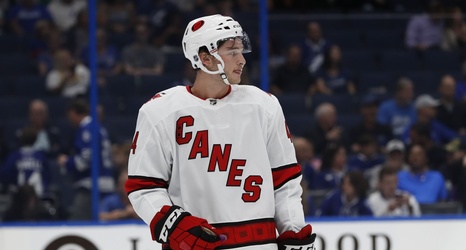 When he was originally drafted 21st overall by the Carolina Hurricanes back in the 2016 NHL entry draft, with a pick previously acquired from the Los Angeles Kings, it was known that Julien Gauthier was going to be a project. Now, with two full seasons in the AHL under his belt, Gauthier could be on the cusp of making his NHL debut as soon as opening night.

Praised in his draft year for both his size and strength around the net and an outstanding wrist shot, some scouts were concerned that Gauthier had tunnel vision and was a bit one dimensional with teammate utilization.