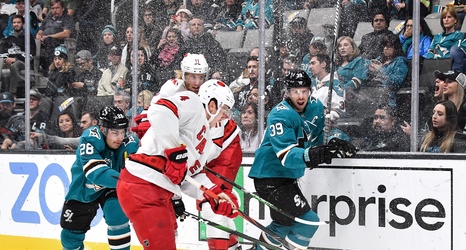 Last night’s game against San Jose was a tough one to get through. The Carolina Hurricanes were playing their second game in one of their many back to back series of games this season. And boy howdy did it show. The team looked gassed. Let’s take a look at what exactly happened.

The starters for the game were Andrei Svechnikov, Brock McGinn, Jaccob Slavin, Dougie Hamilton James Reimer, and Jordan Staal. Shortly after the first period began, Sharks goaltender Martin Jones had a nice save against Teuvo Teravainen.