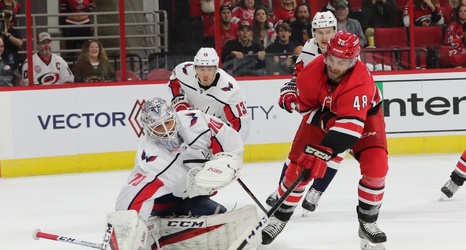 Yesterday, the Carolina Hurricanes took on the Washington Capitals at Capitol One Arena in DC in their third game of this year’s preseason. The Hurricanes were looking to continue their preseason winning streak against the team they silenced in game 7 of the first round of last season’s playoffs. Despite a slow start and falling down 3-0, the Canes were able to mount a comeback, but unfortunately fell short.

During the first period, the Hurricanes found themselves down early with unassisted goals by Brett Leason and Brian Pinho respectively. With Leason being the first person to score a goal on the Cane this preseason.