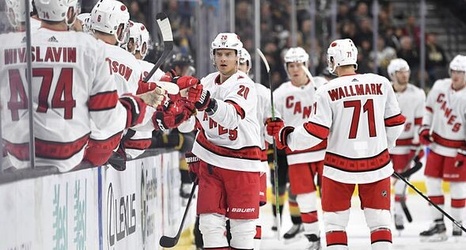 It’s no secret how important Sebastian Aho is to the success of the Carolina Hurricanes. A transition to playing center in the NHL did nothing to slow the young Finn down; to the contrary, it sparked his best season to date. With his team bearing down for a playoff push, Aho has hit the 30 goal mark for the second consecutive season and is on pace for over 45 goals.

That would match and probably surpase the Hurricanes’ single-season record, set by Eric Staal in the 2005-06 season. His 31st last night set a personal career record for himself as well.