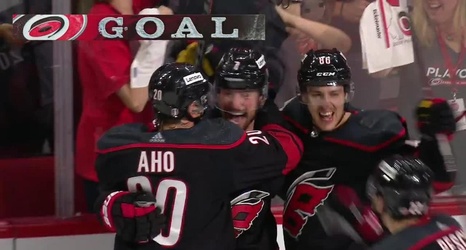 If you thought that this would be a fast-paced series, with both teams exchanging goals and going blow for blow, well I’m sorry to say that this has not been the case.

After a 2-1 overtime final in Game 1, Game 2 followed that performance up with an even stingier 2-0 final.

But if you’re the Carolina Hurricanes, all you care about is the fact that you have a 2-0 series lead over the New York Rangers heading to the Big Apple.

It wasn’t the prettiest game by any stretch of the imagination, but the Hurricanes were definitely playing better than they had through the first 40 minutes of Game 1.