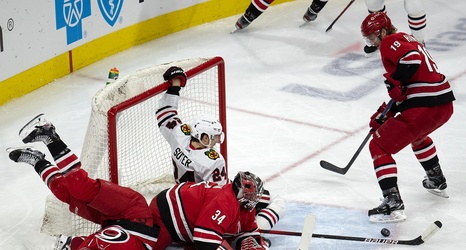 It was a game of rising and falling fortunes as the Carolina Hurricanes fell in overtime to the Chicago Blackhawks 2-1 Thursday night at PNC Arena.

It was honestly a better fate than the Hurricanes deserved as they played nowhere near the level that they are capable of but they regardless managed to steal a point to extend their point streak to 13 games, tying a franchise record.

While the team may not have been very sharp, the one saving grace of the night was the stellar play of Petr Mrazek.