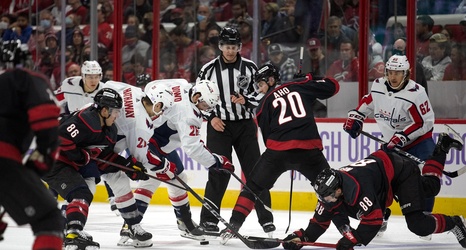 Well, that was certainly a Canes-Caps game.

Washington got the better of Carolina Sunday afternoon in PNC Arena in a very chippy contest, winning 4-2 on a Dmitry Orlov power-play winner late in the third.

The Canes went down 2-0 in the second period after goals in quick succession from Alexander Ovechckin and Aliaksei Protas, but battled back to tie things up in the third period as Jesperi Kotkaniemi and Nino Niederreiter both placed exceptional wristers over the glove of Ilya Samsonov

The Caps got the game-winning goal on the power play, as an extended 5-on-3 opportunity led to a 5-on-4 goal from Orlov that put Washington on top for good.