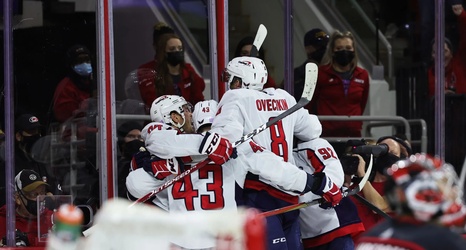 Despite the end result, a 4-2 loss to the Washington Capitals, it was a well-played game and a very good showing from the Carolina Hurricanes Sunday afternoon.

It was a bit of bad luck, some solid goaltending from the opposition and a really bad time for a penalty that sunk the Canes’ efforts, but the overall game showed that Carolina could have easily been on the other side of the final score.

“It was a good battle,” said Sebastian Aho after the game. “Two good teams out there. The way I see it, there’s two teams that compete hard and have high skill both ways.