About Last Night: Exorcising the Demons 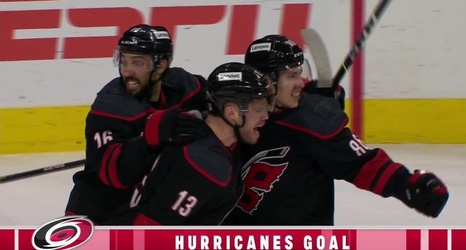 The pressures of game seven are always burdensome, but the emotions of Saturday’s winner-take-all matchup between the Carolina Hurricanes and Boston Bruins were ratcheted up a great deal.

A lot of history went into those emotions for a large portion of a Carolina roster that had gone to battle with the Bruins twice in three years and found themselves on the wrong side of four and five-game series.

This year, the Hurricanes were different. They were poised. They played their game, confident that it would put them on top in the end.

When the final buzzer sounded on Saturday, the Hurricanes celebrated a series win, locking in their date with a Metropolitan Division team in round two of these 2022 Stanley Cup playoffs.