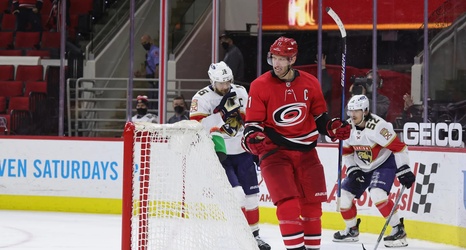 The Carolina Hurricanes harnessed a four-goal third period to complete the comeback against the Florida Panthers Tuesday night at PNC Arena.

It was another physical game for the Hurricanes, but one that offered much more space to make plays and skate than there had been in the past handful.

Let’s take a look at some of the key takeaways from last night’s bout:

After four straight games of only getting a single chance on the man-advantage, the Canes finally started to actually get calls going their way that allowed them to keep sending their units back out onto the ice.