Worst Flames Trades Countdown: #3 – “Where do you go from here, Dion?” “Toronto.” 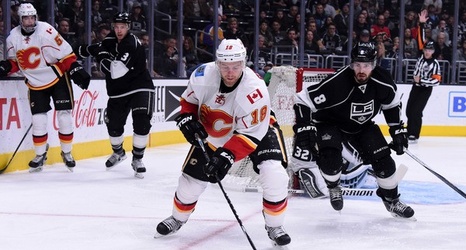 During his tenure as Calgary Flames general manager, Darryl Sutter did a lot of smart things. He acquired Miikka Kiprusoff. He assembled a pretty decent core and managed to win a few playoff rounds and hang some banners.

But later on in his tenure, the Jolly Rancher made some peculiar moves. Most notable among them: the trade that sent Dion Phaneuf out of town.

In January 2010, the Flames were a weird spot. They had made the playoffs for four consecutive seasons, but a superb November had turned into a mediocre December and the team remained as inconsistent under new coach Brent Sutter as they had been under predecessor Mike Keenan.