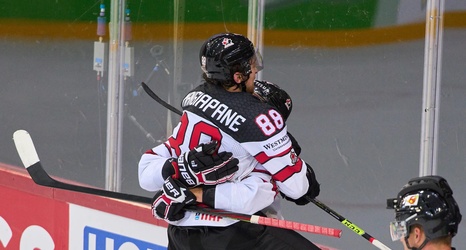 Wow, what an exciting day of hockey. Four quarterfinal games have been completed and three of the games were separated by a single goal including a pair of games that went past regulation. For the first time since 2002, all four teams heading to the semifinal round will be teams that started the tournament in the same preliminary round group as they were all from Group B.

Let’s do a quick game by game breakdown:

Yeah this is the one that all of us Flames fans wanted to talk about first.